It's 2 am or maybe later.
The shadow cast from the single light bulb over the stove told me lies.
I poured a whisky, straight up, no ice and certainly no water.
Just me and the delicate tastes washing over my tongue.
I closed my eyes and immediately I was taken to a memory of her.
God Damn, she was beautiful but.....
Her soul was as black as this starless night over a beautiful city.
I pounded my fists against the counter, the Evil was done.

I took my whisky laid down on the couch my mother had bought me.
Being single was hard enough without your mother deciding to become Martha Stewart.
It was soft, I sunk deeper into it.
Like loving arms it embraced me.

Alass, sleep would not come to me this night.
Demons spoke to me.
offering words of praise.
No angels came to me that night.
I think they were ashamed.

WRAP for Veterans and People in the Military

The process of recovery begins with you, but you don't have to do it alone!!!

I am currently attending a program that will certify me to conduct the Wellness Recovery Action Plan (WRAP) for veterans I serve.

If you are on active duty, in the reserves, or have been in the military, you may be having a hard time coping with the hardship, trauma, and loss related to military service and being involved in war-related activities. You may have feelings and experiences that are extremely upsetting, feelings that keep you from being the way you want to be and doing the things you want to do. In addition, things may be happening in your life that are difficult to deal with. Family members and friends, who don’t understand what you are experiencing and why you are behaving the way you are, may not know how to respond or how to help. Some may try to help and others may turn away. You may feel like the situation is hopeless - that you will never feel well and enjoy life again.
The Wellness Recovery Action Plan can help you in the process of recovery, of getting well and staying well, and of assisting you in becoming who you want to be and making your life the way you want it. It will also be helpful to you in adapting to any challenges you have in your life like chronic illness, serious disability, being on active duty, or dealing with extreme loss or grief.

This online version of the Wellness Recovery Action Plan (WRAP) is specifically oriented for people who are in the military or have been in the military. There are video clips with Mary Ellen Copeland talking to veterans as they are developing their WRAPs. This WRAP is private and can be accessed at any time. You can make changes to it whenever you want and e-mail it to anyone you choose. WRAP can help with coordinating daily living as well as larger issued like depression and PTSD. This version of WRAP is very convenient for military personnel and is friendly, easy, and empowering. https://wrap.essentiallearning.com/Default.aspx?ReturnUrl=%2f

After my certification I hope to begin providing classes specifically for veterans in Idaho that will help them develop a personal WRAP as well help them start down the road of recovery.

Did you know that: 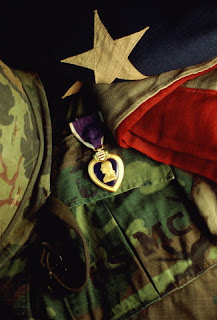